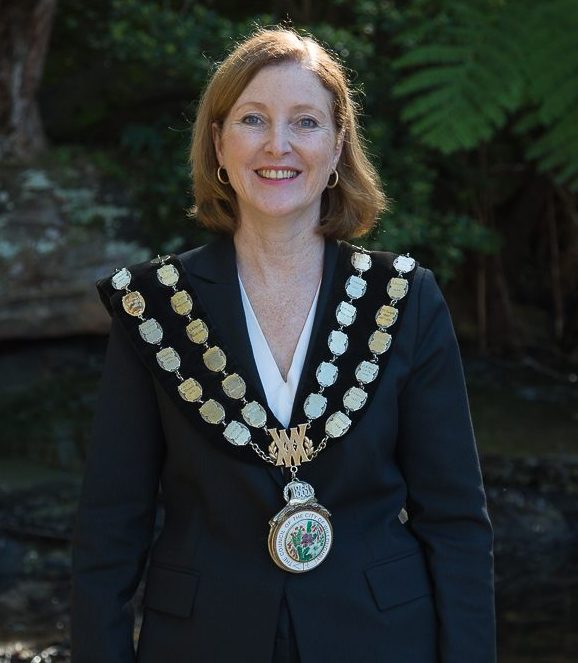 Gail has lived in the City of Willoughby with her husband Jon, and children Miriam and Lincoln, since 1996.

She is passionate about community.

Gail was first elected as a Councillor for Sailors Bay Ward in 2009, became Deputy Mayor in 2013, was elected Mayor of Willoughby City Council in 2014 and was re-elected with 69% of the primary vote in September 2016. She was Willoughby’s second popularly elected mayor and was the 50th Mayor in the City’s 154 year history.

In December 2021, Gail was awarded the title of Emeritus Mayor, by Local Government NSW, in recognition of her service to Willoughby City Council.

During her time on Council, Gail’s priorities included improving traffic and parking congestion; working to optimise sport and recreation facilities available to residents, both young and aged; continuing to encourage Council’s arts and entertainment offerings; supporting our City of diversity; and ensuring appropriate protection for our unique natural and built heritage.

As Mayor, Gail also sought to promote Chatswood as an economic and cultural hub. As a result of her leadership, the exciting Vivid Light Festival was held in Chatswood from 2015-2019, bringing many first time visitors to the area. Mayor Gail was pleased to support a number of initiatives enhancing Chatswood’s reputation as a genuine food destination; led discussions that resulted in Council acquiring the Artarmon Bowling Club site for the long term benefit of the Willoughby community; and was committed to working closely with Federal and State Government to facilitate a long term plan for the Gore Hill precinct.

Gail retains excellent working relationships with businesses and professional groups in the Chatswood CBD. She has been President of the Northern Sydney Regional Organisation of Councils (NSROC), has been a member of the Sydney (North) Planning Panel, which considers major planning initiatives in the region, and has regularly advocated to protect and enhance the amenity enjoyed by many residents, including in the “villages” of Artarmon, Castlecrag, Castle Cove, Chatswood West, High Street, Naremburn, Northbridge and Willoughby.  She has also been a strong supporter of Bushcare, having been a significant part of the establishment of the national Bushcare Major Day Out event.

Gail is a graduate of the Australian Institute of Company Directors, holds a Bachelor of Business degree from UTS and was previously a Project Manager with significant Australian financial services organisations. Prior to being elected to Council, Gail was President of the Wenona Parents’ Association, Vice President of NSW Parents’ Council and was actively involved with the SHORE community.

Gail is, or has been, Patron of:

Gail’s other community commitments have included:

Northern Sydney Regional Organisation of Councils (NSROC)
President since 2018
Vice President, 2014 – 2017
The NSROC member Councils collaborate on key issues and develop strategies to benefit the region as a whole.

Cancer Council NSW
Regional Advisory Committee and Community Speaker
2007 – Present
As a community speaker for the Council Cancer, Gail undertakes education programmes in the community relating to a wide variety of cancer issues. Such topics are health and wellbeing and save your own skin.

NSW Parents’ Council
At various times, Vice President, Exec Committee and School Liaison
2001 – 2014
The NSW Parents’ Council represents the interests of families attending Independent Schools. The Council provides advocacy on a variety of issues including funding and children with disabilities